The Borehole in Bingley 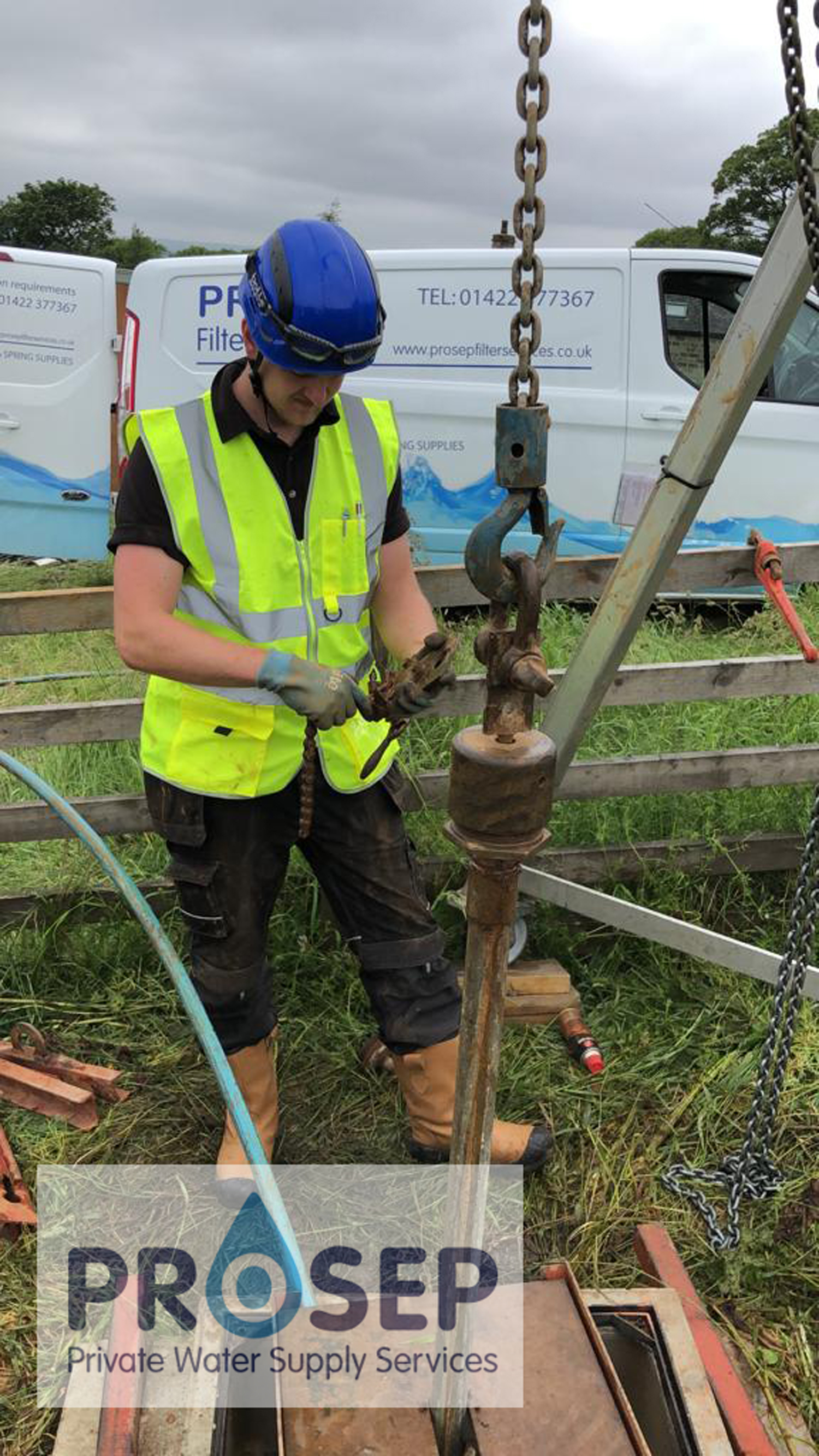 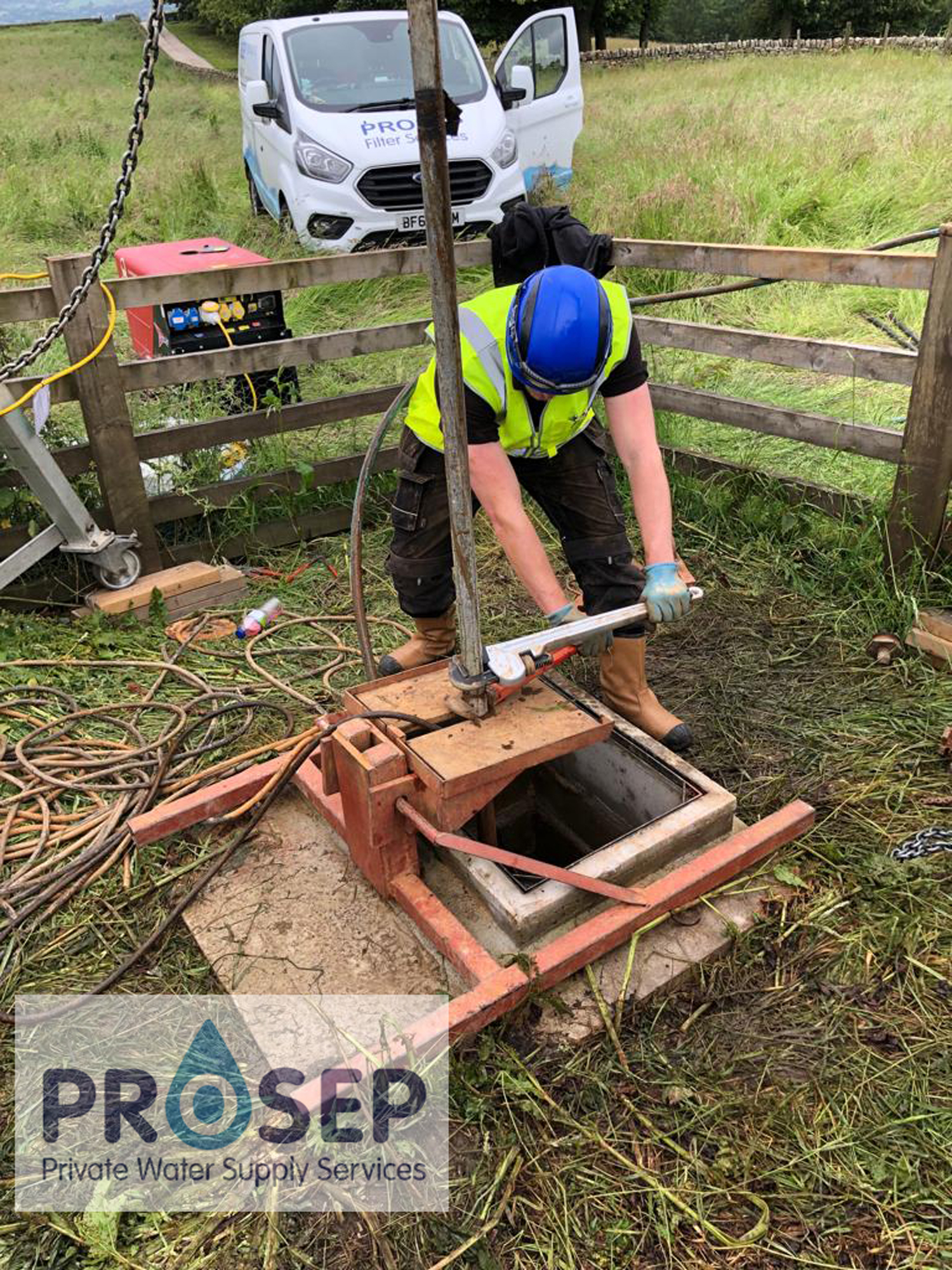 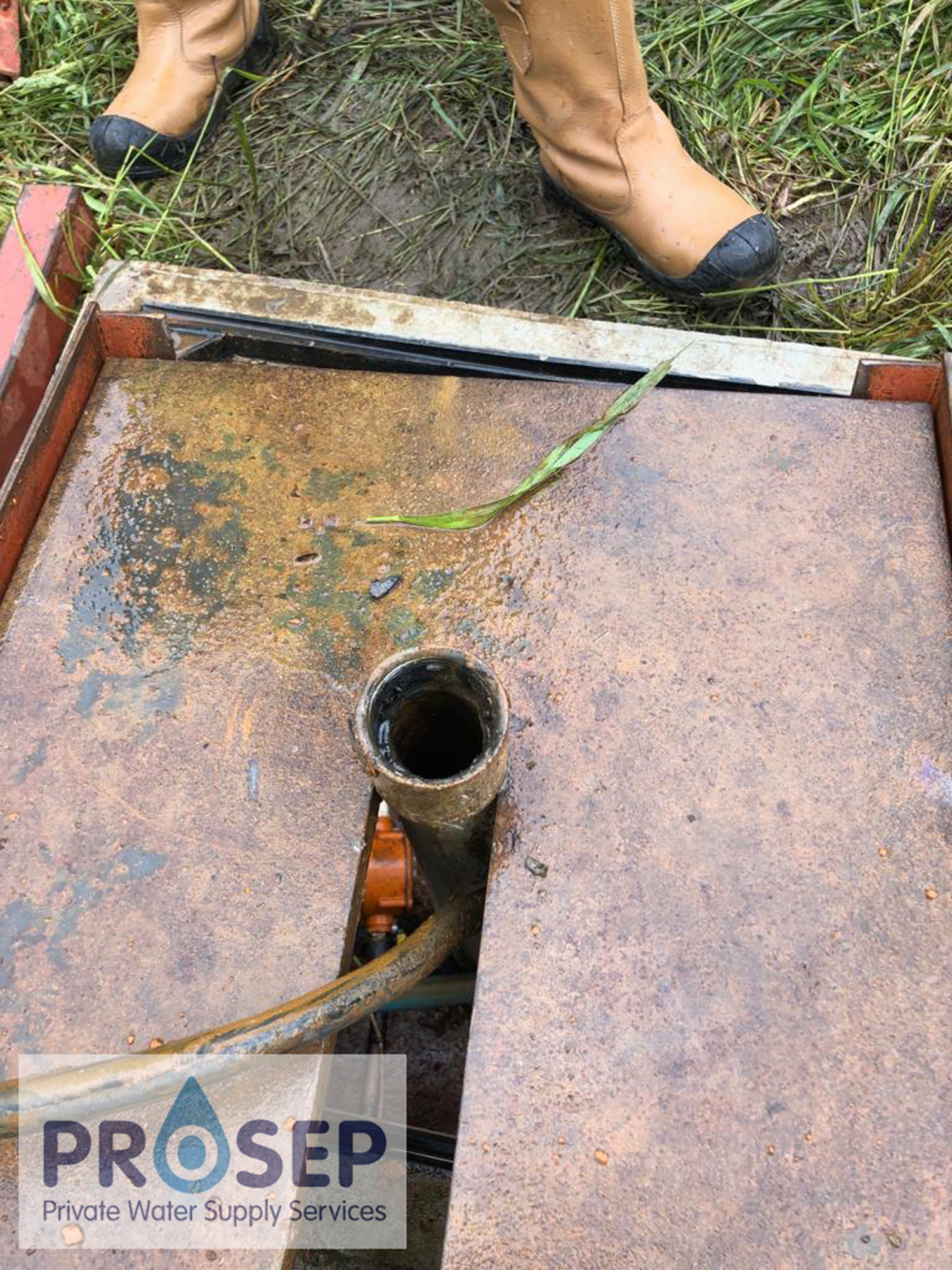 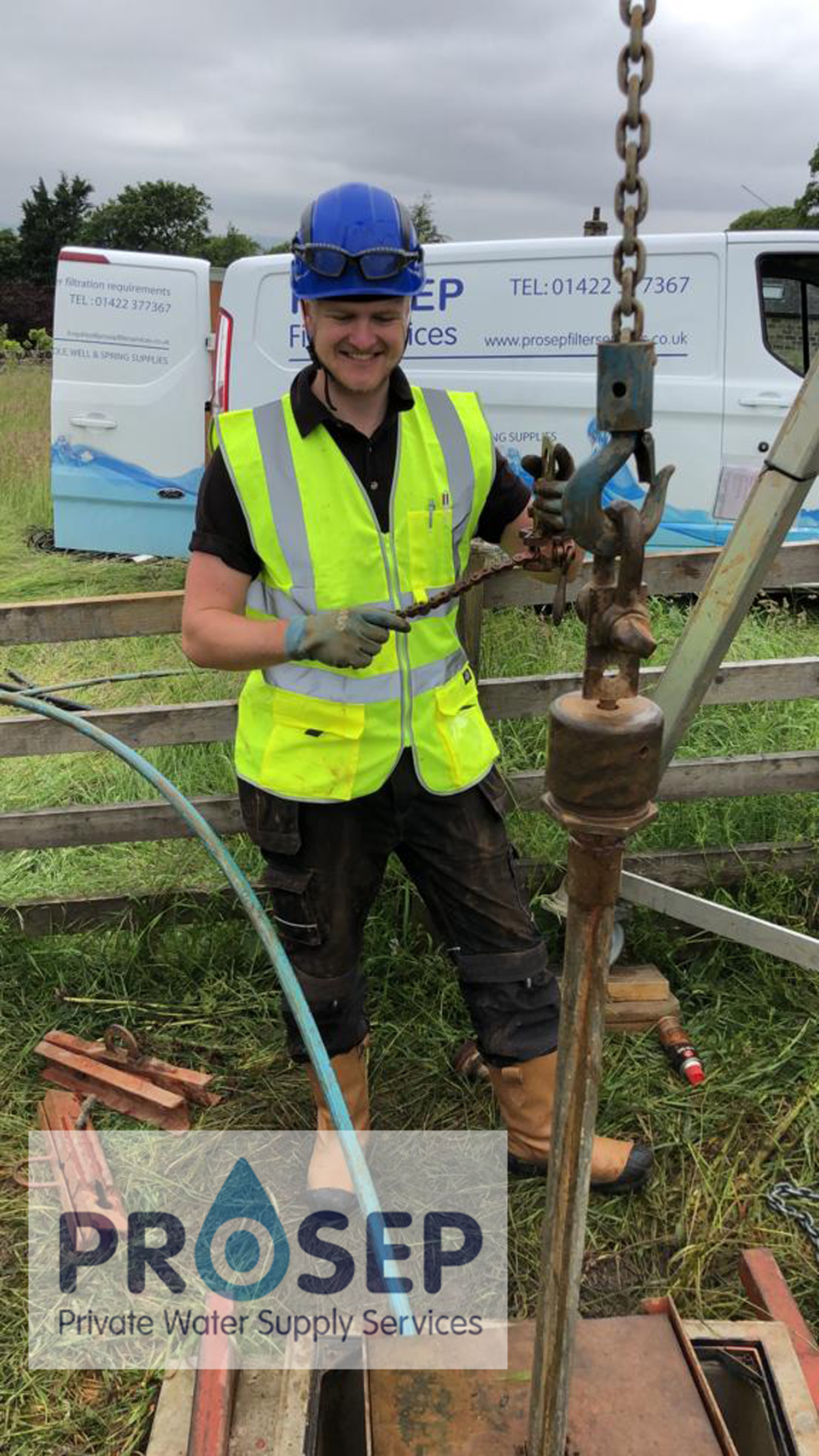 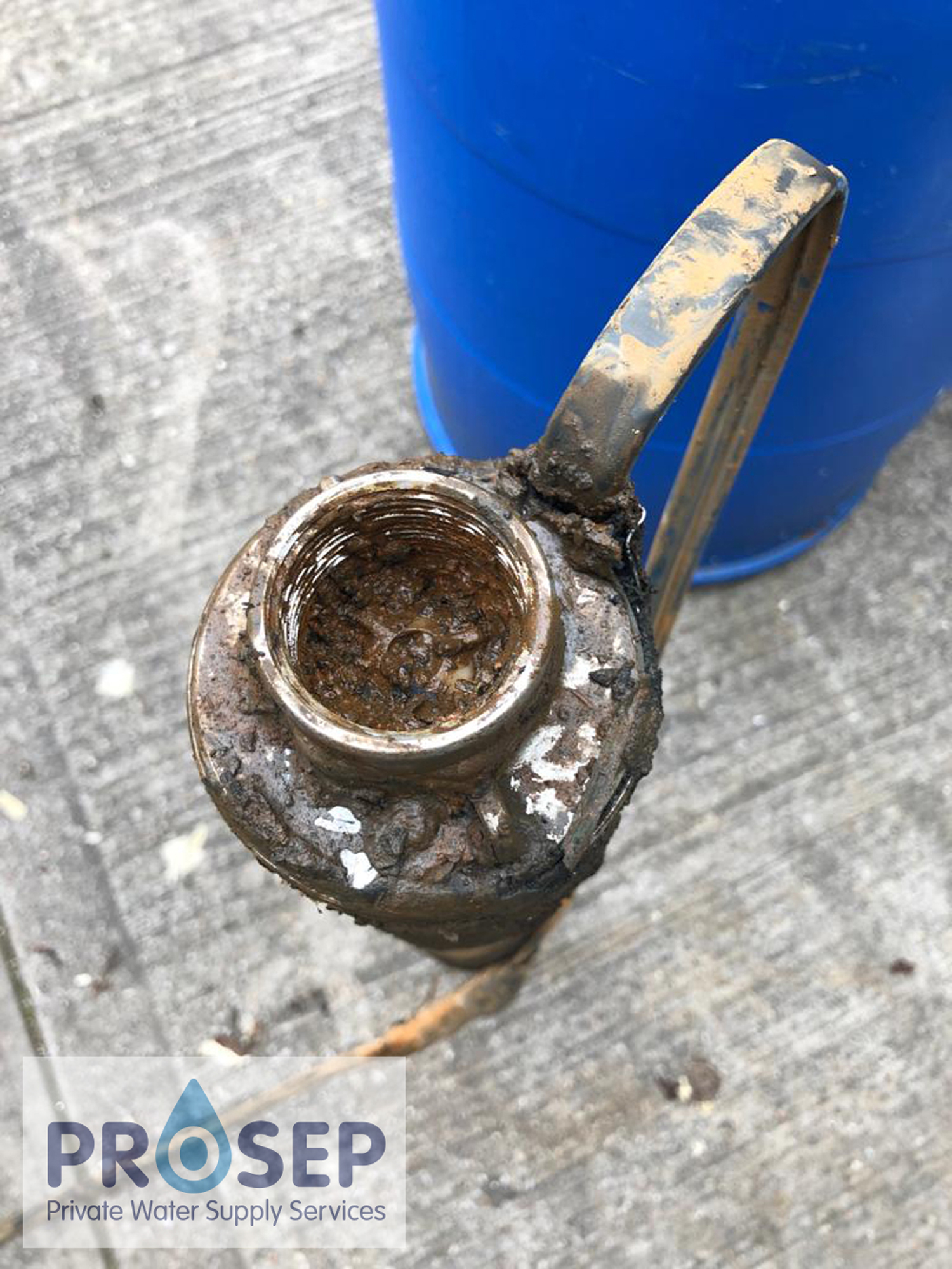 This is a study of raw borehole water quality, which can change over time.
Here we follow the history over 4 years of a Borehole in Bingley, West Yorkshire.
We start with the raw water analysis. This shows the borehole water quality fails on turbidity (cloudiness), iron and manganese, and lead.
A filtration/ treatment system was installed, comprising sediment, pH treatment and a catalytic reduction for iron and manganese. This treated the supply slowly feeds a 10,000-litre water storage tank. From this tank, water is being pumped via a duplex particle filter followed by an ultraviolet unit to eliminate any bacterial contamination.
All was well until a routine analysis taken during a service. At this service in April 2018, it was quoted a change in the raw borehole water quality.
Turbidity was reduced from the original 38 NTU down to 7.7, better but still over the limit of 4 NTU. Iron had increased dramatically to 42,300ug/l (limit being 200).
Manganese was 131ug/l (slight reduction), but worryingly lead was a staggering 346 (limit 10) and nickel 784 (limit 20).
These results are from the untreated raw borehole water supply.
Samples taken at the same time and tested show the following results-

As there is no specific treatment in the system for lead and nickel reduction, it is assumed that these metals must be present in particulate form and are being removed in the backwashing filters on the pre-uv cartridge filters.
We took the filters back to our warehouse to do testing on the mineral deposit collected in the fins of the pre-filter. Samples were taken and mixed with de-ionised reverse osmosis water we produce to ensure we added no extra minerals. The results matched the raw results. The filtration was being overloaded resulting in mineral breakthrough.
This filtration system was producing an average around 10,000 filters per day and we are delighted that the original installation is providing water to such a high standard.
The system is now producing 5,000-6,000 litres per day, as the customer discovered a leak.
In 2019, we noticed that the backwash flow rate was poor after the pressure vessel had discharged the borehole water and turned the pump on, from the borehole pump there are two reasons why this may be so, either the borehole pump is becoming insufficient, or the riser pipe (which brings the water to the surface) is damaged. The pump was tested electronically, whilst still down the borehole and was shown to be drawn out efficiently. There was no option, but to lift the pump. The pump was originally installed as a 1 1/4-inch metal riser pipe (bad news) done 80 metres down the borehole, this means the pump cannot be lifted manually, but has to be slowly winched, each 3-meter section of the riser pipe must be removed before the next 3 meters may be lifted. This is why we always put pumps down on a one-piece plastic (MDPE) pipe. The riser pipe was removed and found to have several pinholes. These are caused by acid corrosion over a number of years (again a good reason to use MDPE).

A new pump was supplied after we took this pump to our warehouse for cleaning and testing, we found that it was making the thermal overload trip, the customer made the decision to replace the pump as the existing one had been in for 10 years, and was heavily contaminated with iron which was reducing its efficiency.

We now know that the raw water rest result showing very high changes in levels of iron, manganese, lead and nickel was down to the hole in the riser pipe.
This customers supply is now up to full pressure and capacity.

Why is flow rate important?

Different fixtures and appliances need to have a minimum water flow rate. If they don’t receive this (often because of inadequate water pressure) then it’s likely that they won’t work correctly. Equally important is the consideration of pressure being to high: this could cause damage to plumbing fixtures resulting in leakage.

Products used on this project